An Enjoyable Day at the Salmon River

A Leisurely Afternoon By the River
Yesterday I spent a leisurely couple of hours by the Salmon River which acts as a border between the states of Maine and New Hampshire.
Click on the images to enlarge them.
Click outside the images to return to the default setting. 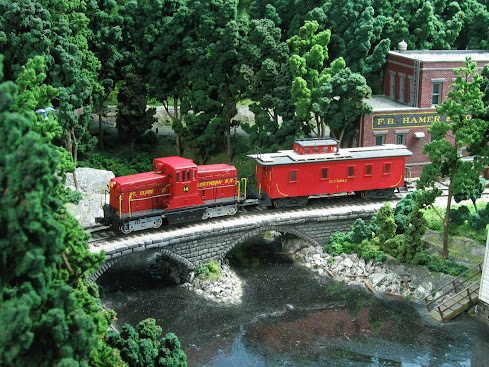 The first train I spotted was this cheerful looking caboose hop.  The St. Clare and Northern is my fictitious branch line operation which sends a train into North Dover a couple of times a week.  The crew is outbound leaving the state of New Hampshire and about to enter the state of Maine on the approaching bank of the river. 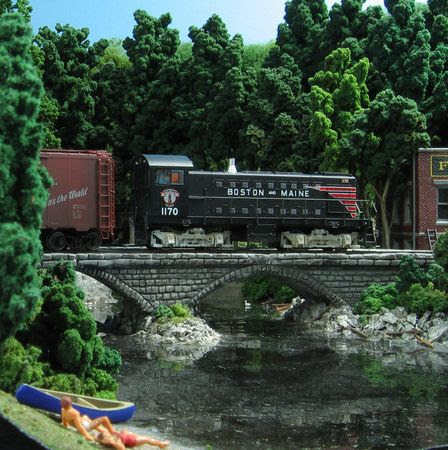 The local North Dover crew is returning from its jaunt into the state of Maine to service the Conley Lumber & Coal facility.  On this day lumber will be transferred from the mill and lifted onto a manifest B&M freight. 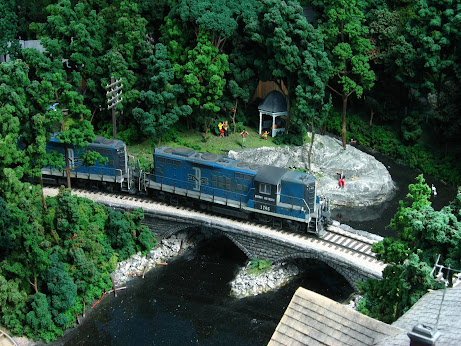 Two GP9 brothers haul an inbound drag to North Dover.  The crew had departed Rigby Yard in Portland earlier in the day and will drop off some freight on the north siding in town.  They will lift that boxcar you saw in the previous image along with other traffic set out by the local crew. 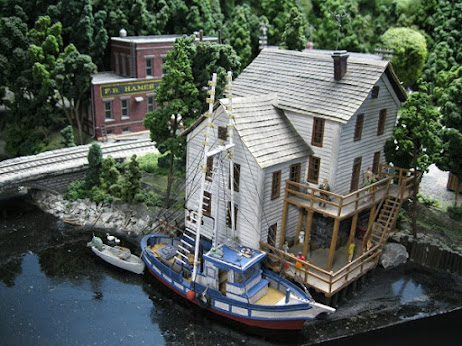 A few days earlier I managed to snag this shot of a clipper vessel tied up at the local legion hall. 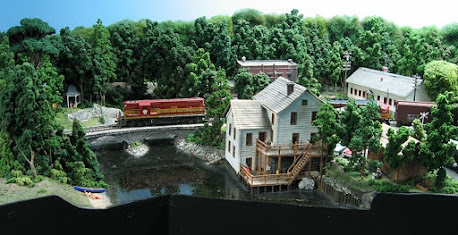 The traffic flow is continuous as we spot an outbound manifest freight.  It departed Mechanicville, New York in the AM hours and will finish its run up in Portland, Maine by dinner time.  The engineer has blown the crossing and the bridge. 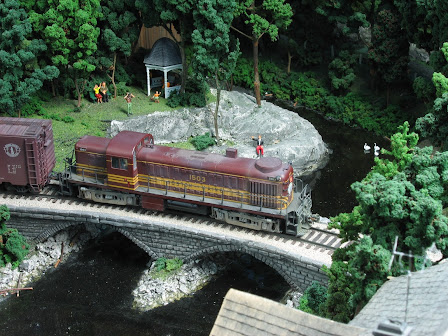 It's always nice to spot RS2 #1503, a favourite of mine in care of another local.  While the crew must sound the horn for the bridge crossing, the white swans have obviously become used to this distraction! 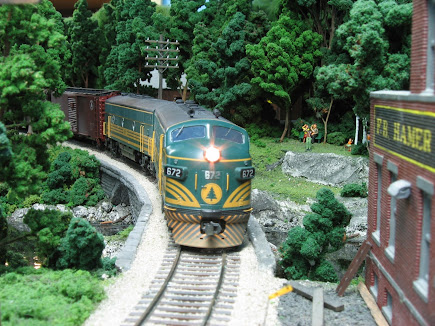 The Maine Central has patiently awaited clearance onto Boston & Maine rails following a short parade of superior trains at the junction.  While his nose reaches New Hampshire, his tail stretches out across the Salmon River with his caboose safely tagging along in the state of Maine.
Yup, just another fun railfanning day on the outskirts of North Dover!  Thanks for checking in everyone!
Mike Hamer, Ottawa, Ontario, Canada
Posted by Mike Hamer at 1:31 PM