A large scale model railroad friend was asking me the other day how I keep track of car movements on my HO scale layout. 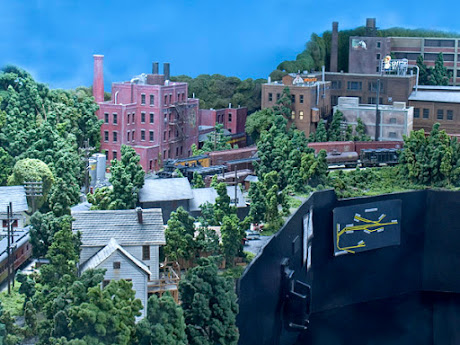 This image taken from a friend who visited the layout showcases a number of the industries offering a good mixture of trailing and facing sidings for variety when switching.  My friend had a little fun air-brushing a deeper blue sky. 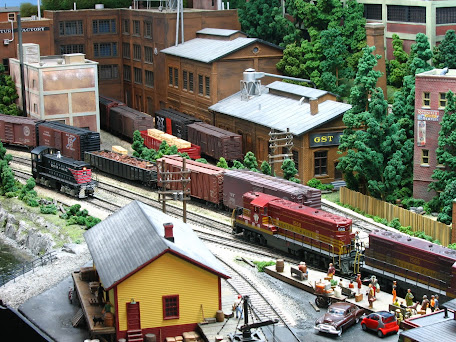 Seeing as my layout is located in a spare bedroom in our basement with a diminutive size of 11' x 13', I knew that I would have to pack a lot in a small space.  One major industry would anchor the town with a number of smaller companies sharing spurs.  The Phillips Furniture Factory is that large industry with two facing sidings for outbound trains such as this B&M manifest arriving town.  (Note the "Back to the Future" Smart Car as a little pun!) 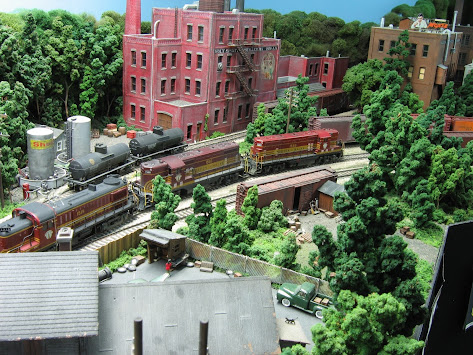 On another day, the train is inbound.  The spur to the left houses the Haney Fuels Facility (with two tankcars spotted on this day) as well as the Holy Spirits Distillery containing two 40' boxcars in the distance.  While this siding is facing for this train, it is trailing for its counterpart on the previous day as witnessed  in the previous image.  (Note the fire escape on the Distillery.  I built it from scratch out of styrene and each step has the actual metal bars spaced apart.  This took a ton of time to create using a scratchbuilt jig.  Just as I had completed the project...yes...an ad for brass etched fire escapes appeared in the magazine press!  Murphy's Law!) 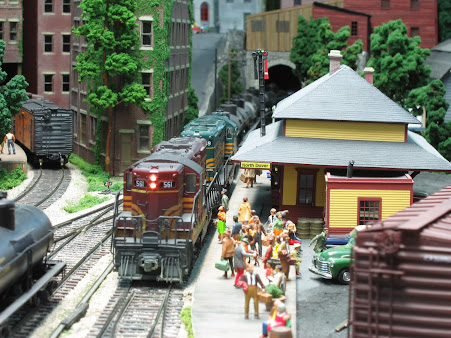 In this image of Maine Central's "Oil Can" arriving town on a slow order in front of the station you can see another spur to the left where a reefer is spotted in the distance.  This siding penetrates between two buildings and houses two industries, Scodras Grocers and Wingate Wholesalers.  The boxcar to the lower right is on another spur housing the freight shed, a team track and a creamery. 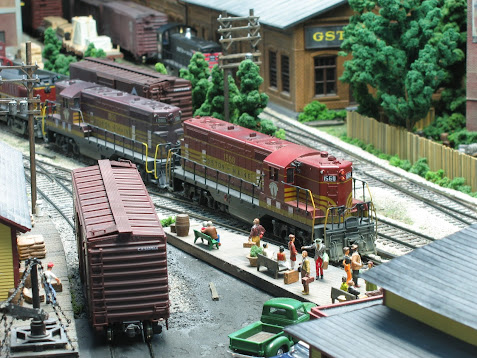 This image is in the opposing direction of the preceding one.  There is that boxcar at the freight shed to the lower left. 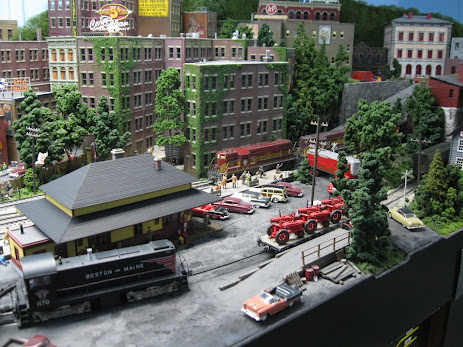 The Alco switcher has just travelled past the freight shed and dropped off the flat with tractors at the team track.  The creamery is the grey building nearly out of sight to the right. 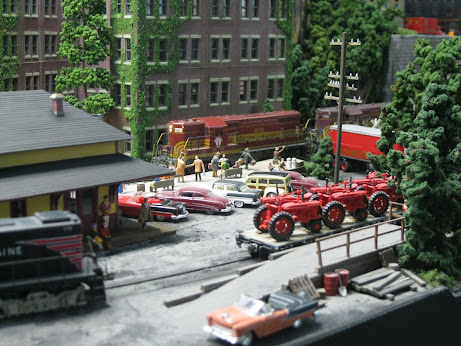 Here is a closer look at the team track located behind the station which shares the spur with the freight shed and creamery.  Yes, three industries sharing the same siding offers up some great switching challenges for the North Dover crew! 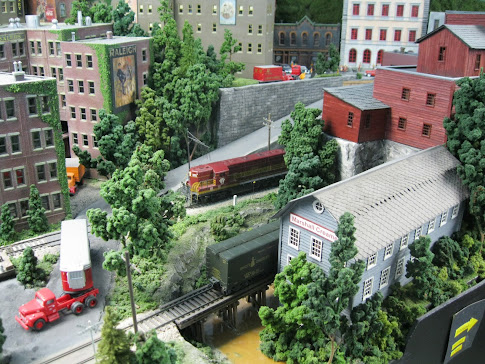 The Marshall Creamery located at the end of the spur sees freight cars jutting out over the water. 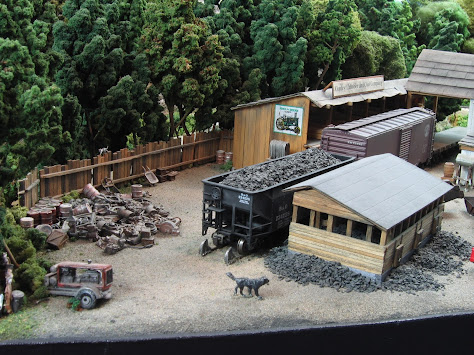 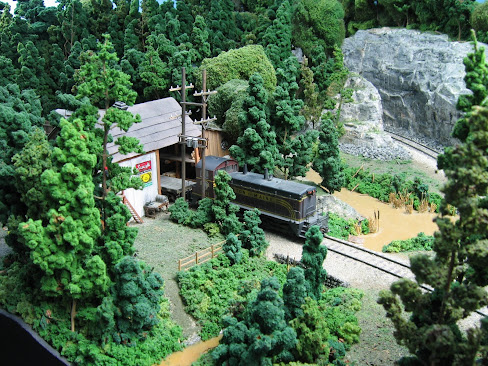 Because the structure at Conley has a wooden overhang, an idler car is required to reach the cars beyond the overhang.  This restriction enforces safety as sparks from the diesel locomotive could ignite the upper section of the structure. 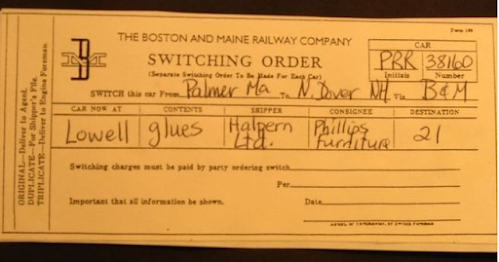 When I first started operations on the layout, I used "double-sided" waybills for my switching orders.  This side tells us that freight car PRR 38160 was last classified at Lowell Jct.   It is loaded with glues from Halpern Ltd. destined for the Phillips Furniture Factory, Track 21, and is traveling via B&M rails.  Should I wish to have the freight car remain at Phillips, I simply would leave it facing out at the industry slot.  If I wished the car to be lifted from Phillips Factory I would flip the card over in the slot on the fascia. 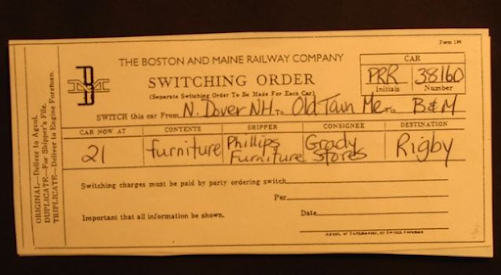 Here we see the card as being flipped.  The car is now laden with finished furniture for Grady Stores and will depart the industry here in North Dover destined for Old Town, Maine. The last B&M classification point is Rigby Yard in Portland.  The Maine Central will continue the car's journey from there.
I used this system for the first couple of years in my layout's life.  Very realistic!  I soon found that some of the lads and lasses in the session would take the waybills and create their own switch lists, just as the conductor would do at the station.  He'd pick up the bills and sit in the "hack" and write up his lists.
Of course, this would take some time...so eventually I decided to "lighten" my session and create the lists myself beforehand.  This made sessions run more smoothly and eliminated the need for the actual waybill...a sacrifice, so to speak.  Now, from waybills, we have only train orders and switch lists.  The only thing missing is the fact that operators don't really know what is in the cars and their final destinations.  They just know that they need to be lifted to the siding to be picked up by the next train or that the car now needs to be spotted at a siding in town.  A "given and druther" if you will. 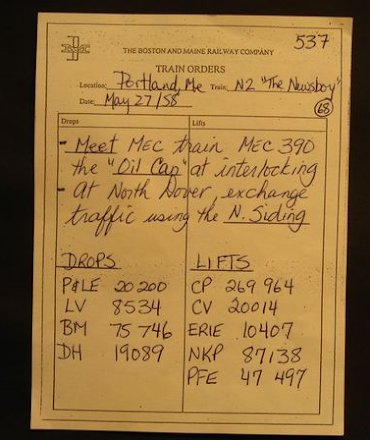 Here we have a train order of Train N2 "The Newboy" carrying newsprint to market in a long string of boxcars.  The date is always May 27th, 1958 on the layout, my date of birth!  The orders tell the crew that they will meet a Maine Central train at the interlocking junction (where a tower is located) and that they will being making an exchange of traffic in North Dover on the North Siding on this day.  Even though the train may contain some 25 or 30 actual HO scale freight cars, the only ones I reference on the orders are those that must be handled in my town of North Dover as it is the only "on-line" destination modelled on the layout.  It's pretty simple.  I also like the fact that the lists are handwritten just like in the olden days!  (Big grin!) 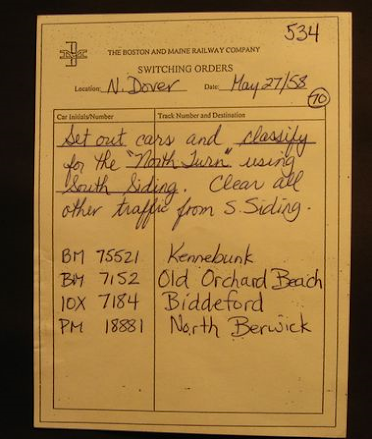 Here is but one example of the many things the local crew in North Dover must handle on any given day.  Their orders here are to classify and block a cut of cars for a "local turn" which will arrive town shortly.  They must block the traffic in proper order of the towns they will reach along the route (off layout).  I provide a map on the fascia showing the route map with all towns along the line.  This particular train handles cars for smaller towns between North Dover and Portland, Maine; towns that the larger (longer) manifest freights wouldn't stop in. 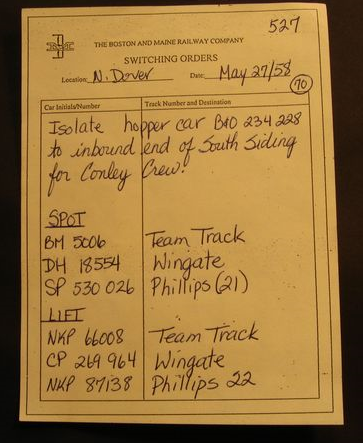 Of course, the local town crew at North Dover must service the many industries in and around the town as well as set out cars for the Conley Lumber & Coal crew that arrives town a couple of times a week.  On this particular switch list there appears to be a balance of set-outs and lifts to and from the local industries, although this quite often varies with more or fewer set-outs than lifts on any given day. 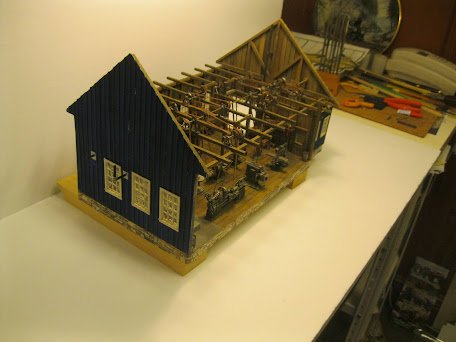 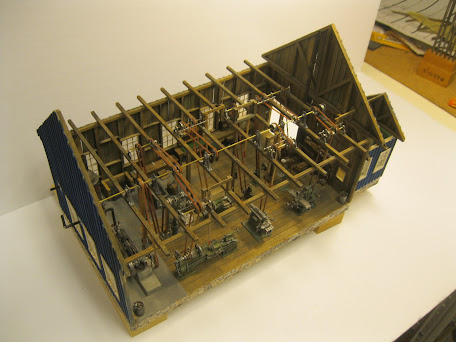 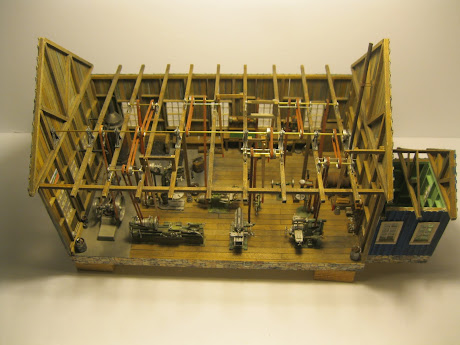 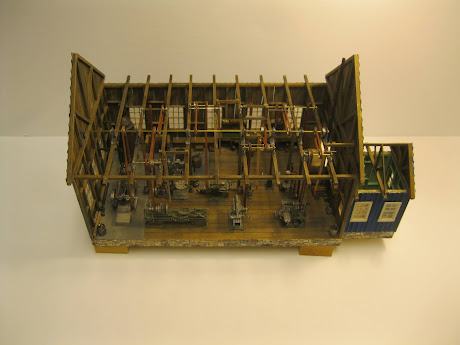 ...for my friend, Doug Matheson. 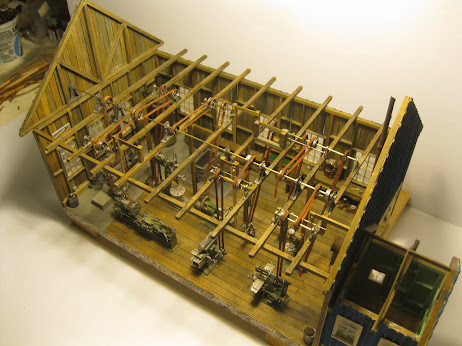 I'm sure glad I retired after my 40 years of teaching... 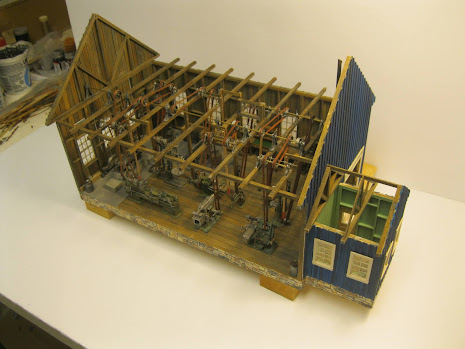 ...as I need time to complete this assignment!
Rest In Peace Walter Gretzky
It is with a great deal of sadness that we recently learned of the passing of a great Canadian, Walter Gretzky, father of hockey great, #99, Wayne Gretzky.
What a thrill it was for me to host this fine gentleman to my model railroad a couple of years ago. 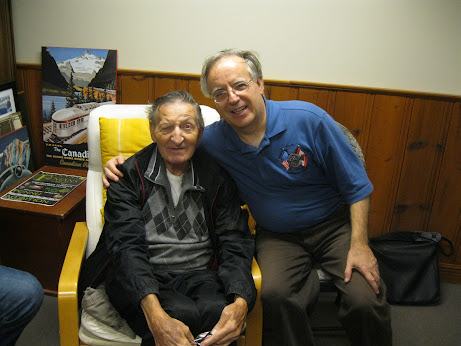 He was a great mentor to so many...always willing to give, waiting patiently until every child and fan had a picture taken with him or an item autographed.  He was known to dispense words of wisdom for anyone wishing to learn more about hockey or about life in general.  All of Canada will miss you, Walter.
Thank you for checking in on the blog.
Stay safe, stay healthy!
Mike Hamer, Ottawa, Ontario, Canada
Posted by Mike Hamer at 7:30 PM