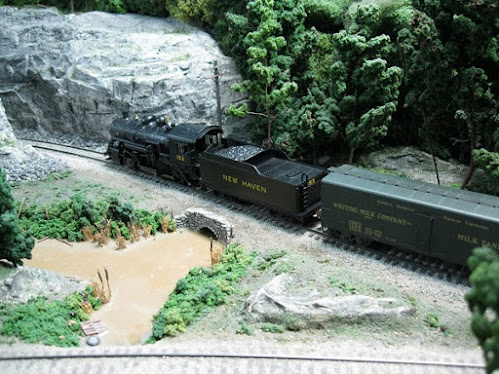 This New Haven crew earns their keep as they enter Marshall Cut on a slow order restriction. 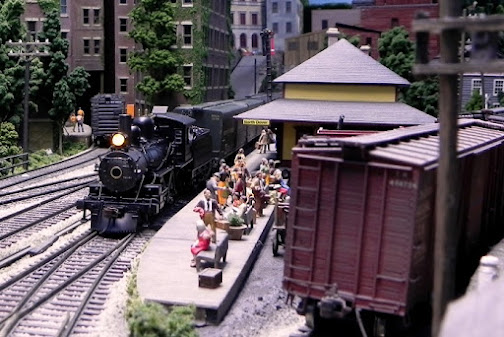 Earlier they had arrived North Dover and swapped out a couple of milk cars. 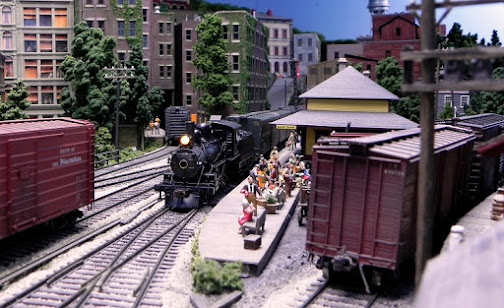 The station platform is busy on this spring afternoon. 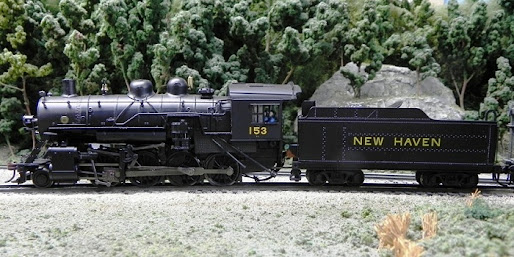 The 153 is one handsome switcher. 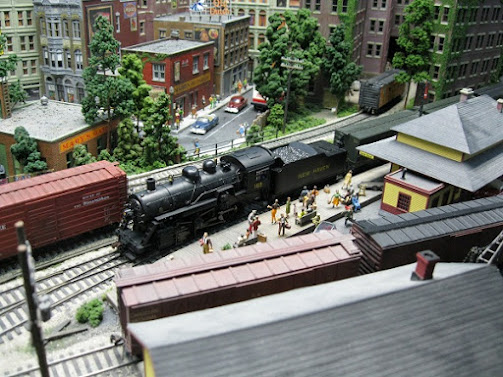 An aerial view of the town. 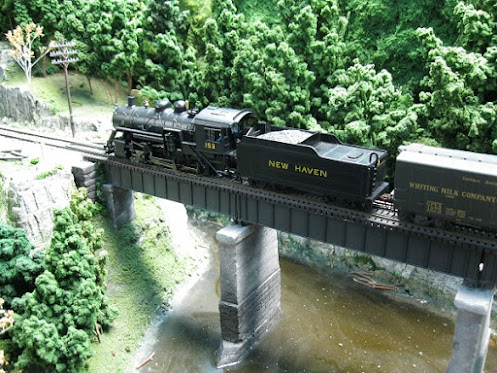 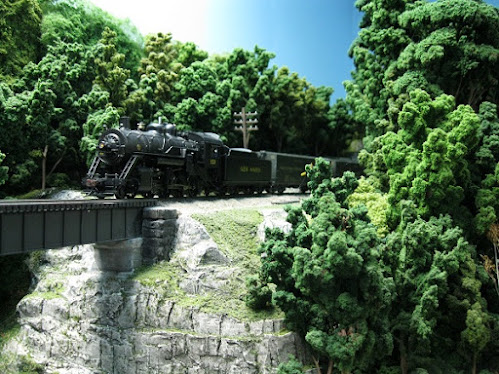 Tiptoeing out onto the trestle moments before. 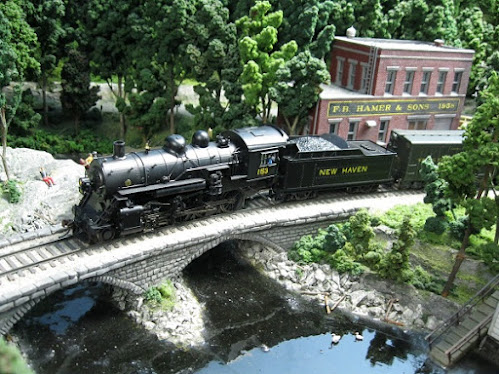 Above the Salmon River. 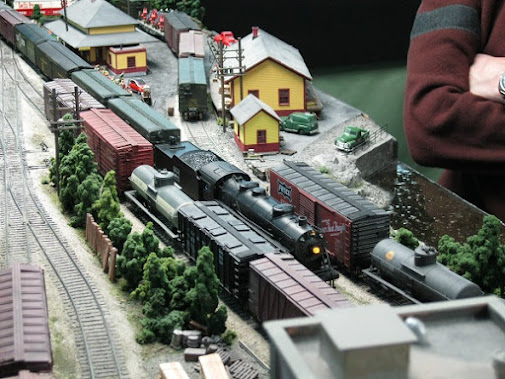 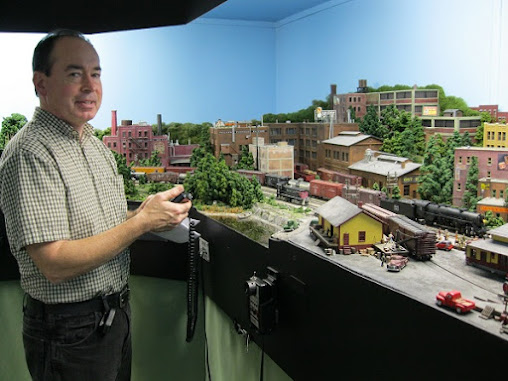 Engineer Dave Haney at the throttle. 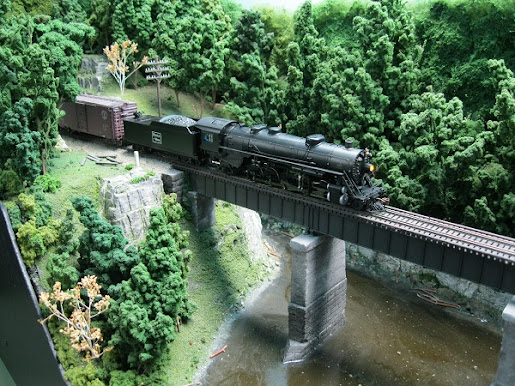 Spotted earlier inbound in the state of Maine. 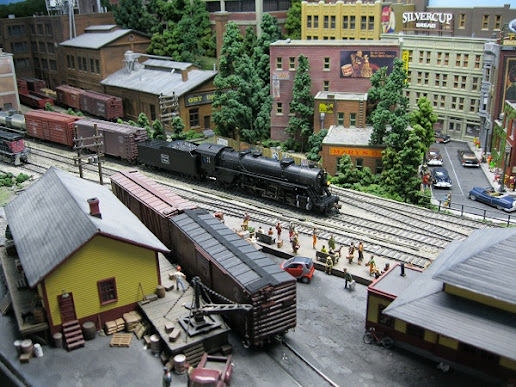 There would appear to be a little red "anomaly" in this image.
Thanks for checking in everyone!
Mike Hamer, Ottawa, Ontario, Canada
Posted by Mike Hamer at 6:38 PM