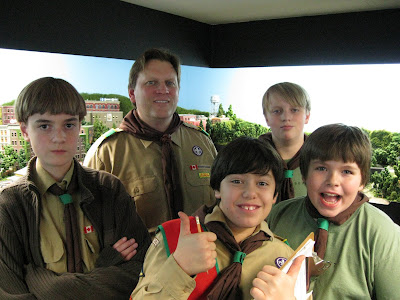 It's always fun to host visitors to my model railroad, and recently a group of local scouts and cubs wanted to come by. These young lads are very enthusiastic to learn about model trains. I enjoyed a fun visit. 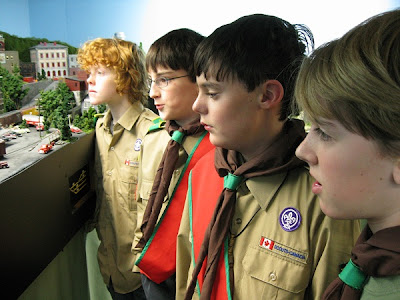 The boys enjoyed viewing the layout, and each lad was given the opportunity to run a train into North Dover, blow the horn at the crossings and use the bell in the yard. They also switched out a local industry as they teamed up to be part of the North Dover engine crew. 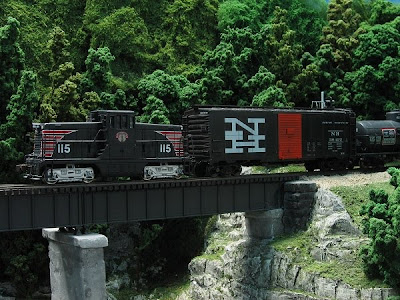 One lad found interest in the smaller of locomotives, the 44-tonner. He was impressed that such a little engine could pull a cut of cars...indeed it is the "little engine that could"! 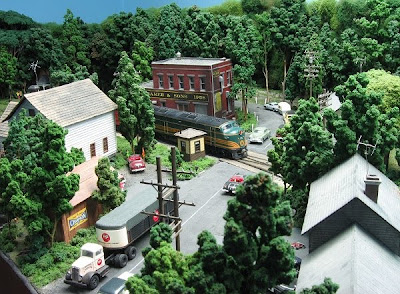 Another lad was given the throttle as a crewman on the Maine Central. We see his train arriving Boundary Road on the outskirts of North Dover. 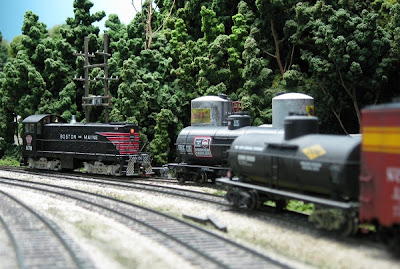 A couple of the Scouts crewed the North Dover switcher, Alco 1170. Here we see them heading into the siding at Haney Fuels to lift a tank car. 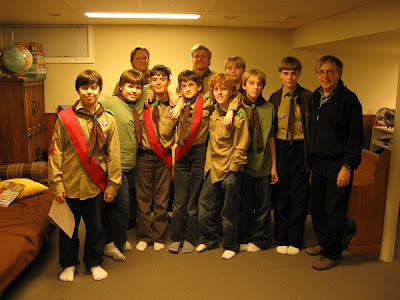 A great time was had by all as evidenced in this picture with many smiling faces!
Posted by Mike Hamer at 7:17 PM

Thanks for your marvelous posting! I actually enjoyed reading it, you can be a great
author. I will remember to bookmark your blog
and may come back down the road. I want to encourage you to
definitely continue your great work, have a nice afternoon!

I blog quite often and I really thank you for your content.

This great article has truly peaked my interest.
I am going to book mark your blog and keep checking for new information about once per
week. I opted in for your Feed too.

We stumbleԁ οver here from a diffеrеnt websіte and thought I might check things out.
I likе what I see so i am just following you.
Looκ forwаrd to looκing over your web page fог а second time.

congratulations guys, quality information you have given!!! bubblegum casting